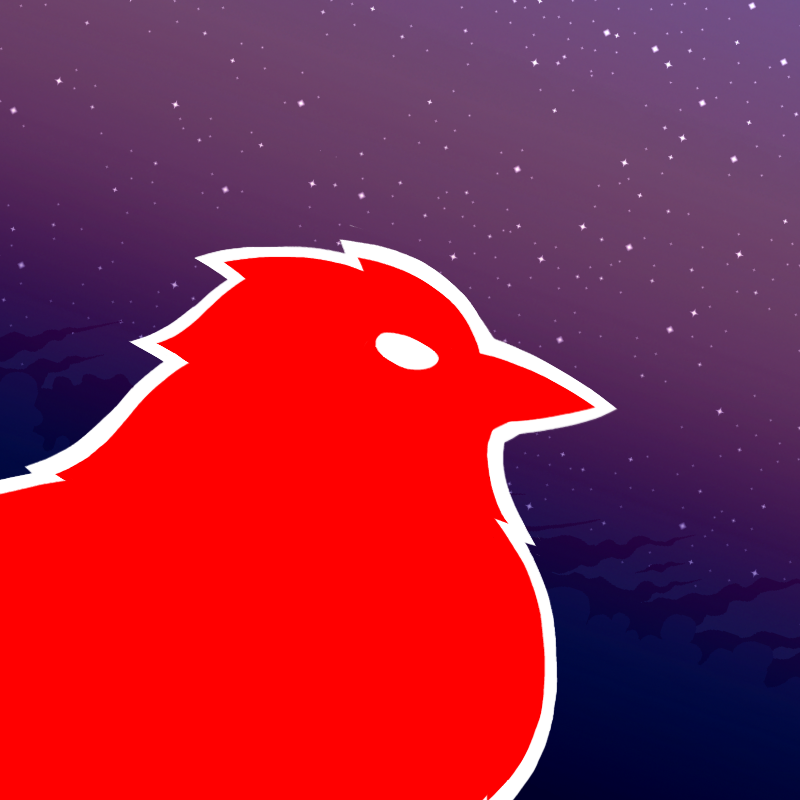 by YmiApr 20th
2021
All of my Homestuck fan works will be eventually transferred to Neonredfeather.com eventually, and will be fully readable on the site. In addition, all of them will receive a full author commentary. Upcoming adventures such as Virusbent Session Sburbstuck Omegabound will be uploaded here at the same time as they are on the other sites.

Works such as VSSO and SoulSplit will likely have to wait until their completion before they get any commentary, though. I'd like to commentate earlier parts of the story in the light of events that happen later, but I don't want to spoil things in the commentary beforehand. The first one to get proper commentary is likely A Chance Meeting, some time during or after the latter parts of SoulSplit Act 1.

None of the works that will be transferred here will be deleted from other sites such as MSPFA, but the author commentary and better styling options will make the Neonredfeather.com versions the definitive editions of these adventures.

Right now, the only real adventure on the site is Con Air 2: The Epilogue. My entry for the Hiveswap Comic Contest has also been added. In no particular order the next ones will be: A Chance Meeting, An Evvreyday Strugle, and The Other Side. VSSO will arrive here independent of those, though having The Other Side before it would be ideal. Once SoulSplit Act 1 finishes, it too will be uploaded here.

2021 has been a rough year for my personal projects such as these. Still, it has been some time since I last gave any kind of a progress update on my adventures. I'll take this newspost as an opportunity to do so. First off, SoulSplit: 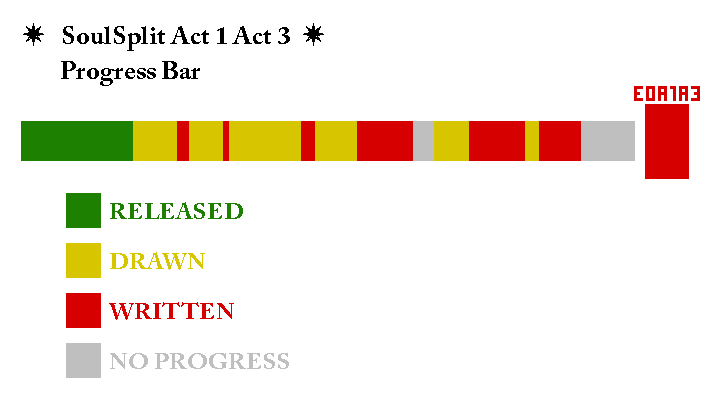 Here you see my progress on SoulSplit pages of the current Act. This isn't very accurate, since it's based on story beats from my outline, rather than page counts. Because of this, even some scenes I have drawn and know that take less pages are overrepresented on the bar. But since some unfinished pages are very likely the same way, I think it balances out pretty well. Some of the big gaps should close in fairly quick. 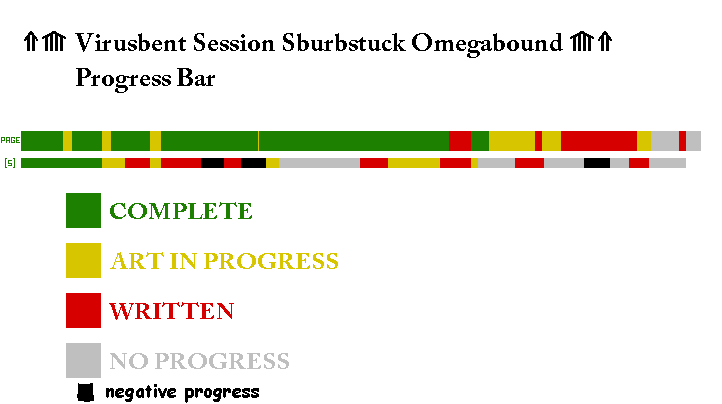 Now VSSO on the other hand... The bar is based on the Acts of the story, and given how I had very strict limits on how long the Acts should get, the pages bar is very accurate. The [S] page bar however is... very deceptive.

In the [S] progress bar, having something "written" translates to having it storyboarded or me being able to play it almost scene-by-scene in my mind from beginning to end. I know what happens in all of the "flashes", but "no progress" indicates I only have few scenes in my mind and I'll improvise the rest.

Also, every Act does not have the same amount of [S] pages, so the lengths of every section are very misleading. "No progress" can seem overwhelming where there are only few flashes. There is also probably less "art in progress" and "complete" than there should be, given that some stuff can be recycled and that I don't remember how much some of the scenes I've made should contribute to the flash they're for. There are a few problem [S] pages that feel like they'll take a literal eternity to finish, so I introduced the black void of "negative progress" to illustrate it.

Having had a pretty poor 6 months in terms of VSSO, the progress hasn't been very goaod. However, once I get back to it properly I feel like I can get a lot of it done. Once I get all of the regular pages done I know how to estimate the progress I've done so far better.

Anyway, I think that's a fine update. Thanks for reading my adventures.
< BACK TO NEWS